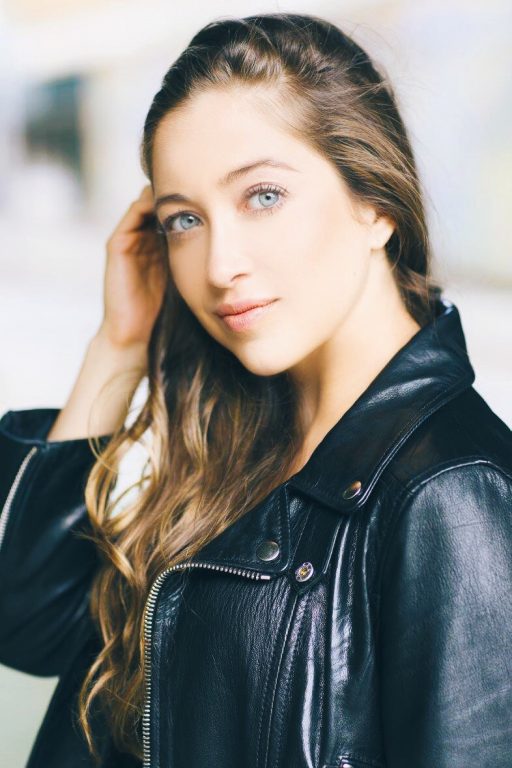 Tell me about yourself.''

The ubiquitous, much-dreaded interview opener. For Alessandra D’Averio it is hard to know where to begin.

“My life is a bit like that Nellie Furtado song – ‘I’m like a bird… I don’t know where my home is’” she says.

Born in Germany but having grown up in different countries including the United States, Italy and Spain, Alessandra has been calling London her home for the past 10 years. She is fluent in English, German, Italian and Spanish, speaks French with the accent of a native, and can certainly be called a truly international performer.

Alessandra initially moved to the UK to pursue an acting career as a student at the prestigious Italia Conti Academy. Regretfully, a family emergency meant she had to leave the course early and return to Germany. But nevertheless, this setback didn’t stop her from chasing her dreams. Back in Germany, she managed to secure funding in order to return to London and continue her studies, first at the London School of Musical Theatre and later at the well-renowned Mountview Academy of Theatre Arts, graduating with a B.A. (Hons) in Performance.

Along with her extensive training and experience in musical theatre, Alessandra discovered her love and passion for screen acting upon graduation. “I love the subtlety and truthfulness of the performance. You just need to believe it and feel it and fully be there in the moment and that’s enough for the camera to pick up – you don’t need to ‘do’ anything more. At drama school you are introduced to all these different techniques and approaches to acting and once you leave, it’s up to you to decide what really works for you, and what you would like to explore further.”

In Alessandra’s case it was the Meisner Technique that really made it ‘click’ for her. “These classes became my meditation. They allowed me to completely clear my head and just be there in the moment with the other person, allowing me to forget everything else in my life, at least for the duration of the class. Another thing I love about Meisner is his opinion on the importance of practice – that it takes 10,000 hours to become a pro at something. In other words you are likely to never really stop learning.”

But if there is one thing Alessandra has learned, especially over the course of the past few years, it’s that “all experiences matter – even the bad ones, as they are the ones that give you substance and define who you are as a person – and as a performer.”

Alessandra can soon be seen on Netflix as Adela in “Finding Fatimah” as well as in various films on the film festival circuit.